Can you imagine running a giveaway where the prize was an invite to buy something? Sounds crazy, right? Well, that’s exactly how OnePlus leveraged Rafflecopter, creating one of the largest and most successful social campaigns of 2014.

OnePlus is a technology company that’s taking the world by storm with their flagship smartphone, the OnePlus One. This android device only costs $300 (off contract) and has sold over a million devices since launching in the spring of 2014. Since then, they’ve gone from just a blip on the radar to distributing their product globally in which Rafflecopter played a pivotal role.

When OnePlus first launched in the spring of 2014 they didn’t have enough devices to keep up with demand. Rather than just opening up the floodgates to orders and running out of inventory almost instantly, David Sanmartin, Digital Marketing Manager at OnePlus, decided to use a series of Rafflecopter giveaways to help manage the phone’s launch. The prize of these giveaways was an invitation to buy the highly coveted device.

The benefits of this approach were three fold:

The brand awareness gained from the tens of thousands of entrants posting on social outlets was invaluable to the launch of their device. Rather than seeing thousands of tweets of people that weren’t able to purchase the device due to an overloaded website or lack of inventory, OnePlus observed thousands of social interactions from entrants hoping to have an opportunity to purchase the device. Additionally, this organic social engagement helped the launch of the the device gain coverage by media outlets like Forbes, Business Insider, Gizmodo, and CNN.

Dig a little deeper as to how OnePlus ran their giveaway & download the case study here, or visit our Rafflecopter reviews & testimonials page to see other case studies and customer stories. 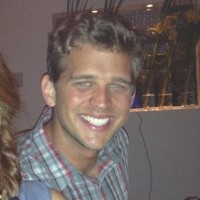 Josh Couper is the Director of Customer Happiness at Rafflecopter, the world's easiest way to run a giveaway online. Check out his adventures around Colorado and beyond on Instagram at @joshcouper.