Sweepers. The infamous internet gangsters. Opportunists lurking in the background waiting for their chance to pounce on prizes they don’t deserve.

This was the general sentiment conveyed in a forum I discovered a few weeks ago. In-house marketers were discussing the pros and cons of hosting giveaways. They wanted to host giveaways for their brands, but only on the condition that sweepers could be excluded.

I get it, the initial thought of a professional-giveaway-enterer swooping in and winning a prize one of your loyal followers could have won is a bit disconcerting. But it’s a shortsighted concern.

I too was once a member of the “just say no to sweepers” camp. As a marketer, I thought they were polluting precious data and squandering marketing budgets. But friends, I’ve seen the light.

Let’s get this out of the way: sweepers and spammers are not the same.

Spammers are cheaters and come with the territory of the internet, but with minimal effort they can be avoided. Sweepers unfairly take the heat created by spammers, but remember, they’re not synonymous!

Why Sweepers are Good

During my quest to get to the bottom of the sweeper phenomenon, I reached out to Carolyn Wilman over at The Contest Queen. Not only is she a sweeper, but she’s also a marketer and Rafflecopter user.

After losing a contract in the dot com bust, she came across a Reader’s Digest article about a woman and her husband who had won several prizes through giveaways. While reading the article she thought to herself, “if they can do it, I can do it”, and a sweeper was born. Carolyn has been a contestor—the Canadian version of a sweeper—for 14 years and a marketer longer than that. She understands both sides of the business and provided an interesting perspective when I confronted her with the accusations of sweepers ruining giveaways.

She said, “If sweepers don’t enter giveaways, who will?” Well, fans of course, but is that enough momentum to make a giveaway a huge success?

Depending upon the structure of your giveaway, sweepers can drive major traffic to your site. They often follow each other on social media, so if you include a social entry option you’re likely to get an influx of entries.

More eyes on your site leads to more social media followers which helps the giveaway maintain momentum through the end.

Sweeper entries are legitimate entries which some may even consider more valuable than the others since they often represent a whole community viewing your campaign. Sweepers post giveaways on forums, so it’s free promotion.

For some reason marketers don’t think sweepers will convert into paying customers. Why? Sweepers shop, they have friends and family who shop, and honestly, they’re more savvy than most consumers. One could argue that marketing to a sweeper is actually more efficient—it’s a warm lead!

Like all efficient sweepers, Carolyn only enters giveaways for items she’s actually interested in winning. The product and brand matter. If the giveaway provides a great experience—even if she doesn’t win—she will likely be back for a purchase. She doesn’t waste time entering giveaways for products she doesn’t like. Giveaways are excellent ways for sweepers to discover new brands and products, and in turn, share them with their friends.

During my brief conversation with Carolyn, she referenced at least five different brands and the various sweepstakes/contests they’ve hosted. She recalled the rules, the prizes, even the staff members involved in the execution of the campaign. Some were great, others not so great. She stressed how much the giveaway experience affects the brand.

She mentioned a giveaway where the corporate office had planned this huge giveaway campaign but the execution was horrible. The frontline (retail employees) had no idea what was going on with the promotion, so it was pure chaos which reflected poorly on the brand. This was years ago, and she still talks about it. Brands aren’t afterthoughts to sweepers, they’re just as important as the prize.

Carolyn argued that sweepers are huge brand influencers—essentially a free(ish) marketing channel. If you’re giving away great prizes, respecting your entrants, and building a good relationship with the community, sweepers will sing your praises for a long time.

While Carolyn is an advocate for sweepers, she also acknowledges the bad apples. She criticized one entrant featured in the documentary “Winning for a Living”. This entrant apparently won a huge prize from the Wonder Bread company and made a comment about how she didn’t even like Wonder Bread, she just wanted the prize. Carolyn was shocked, “I couldn’t believe it! If I had won, I would be sitting in the interview making sandwiches surrounded by loaves of Wonder Bread. You have to be grateful to the host. They’re offering a great opportunity.”

“But, They’re Just Going to Unsubscribe”

This was my biggest beef with sweepers. Sure we can argue they drive extra traffic, build excitement around giveaways, and even have the possibility of converting into customers down the road, but they may also enter a giveaway and immediately unsubscribe from the mailing list. Which is an unfortunate outcome since building email lists is one of the top reasons brands host giveaways.

I brought this up to Carolyn who made an excellent point: “You have to change your messaging”. She offered up the example of saying something like, “Sign-up for our biweekly newsletter to get the ins and outs on XYZ and the first crack at our giveaways.” Sweepers won’t unsubscribe if they know more giveaways will be announced.

Sweepers get a bad rap. Some deserve it, most don’t. Before you write them off as an online nuisance, think about all of the ways they can contribute and actually improve your promotion efforts.

Giveaways promote positive thoughts about your brand no matter who wins. You may even find your biggest advocate in a sweeper.

What are your thoughts on sweepers? Good, bad, neutral? I’d love to hear your perspective. 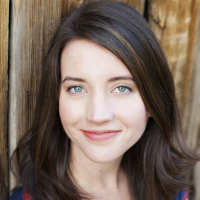 Brittany is the Product Support Specialist at Rafflecopter and a food blog connoisseur. Startups are her jam.