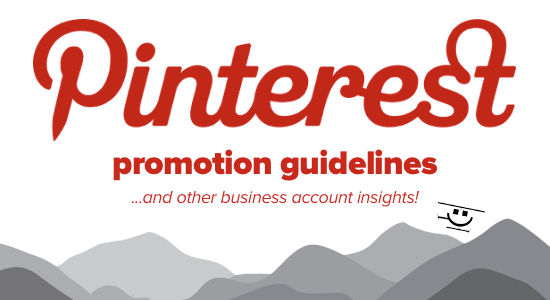 Six days after announcing secret boards, Pinterest unveiled a sub-domain yesterday specifically targeting businesses with new terms, features, guidelines, and a handful of case studies.  There has been some speculation into whether this is the start of Pinterest to begin monetizing their platform. While it may be a baby step in that direction, the core of this update to help businesses understand the value Pinterest a little better and give them a location for business-related resources.

Pinterest is trying to create some separation between personal pinners and businesses. According to Pinterest, if you’re an “established brand, small business, non-profit organization, blogger or publication, you can now join Pinterest as a business.”

Site Verification. With the release of the business accounts, you’re able to verify your site on Pinterest as well. Accounts with a verified website receive a check mark next to the URL on their profile page and below their name in search results.

While this feature was released in late October, Pinterest is making a bigger push for getting sites verified. Having been verified for 24 hours, there doesn’t seem to be much incentive to convert to a business account and get verified immediately (Pinterest even admits not much of a difference), but the idea of having a URL pointing to our site in search results and on our profile page is a nice-to-have.

There’s an updated location on Pinterest’s site where you can now easily access Pinterest buttons for your site: pin it button, follow button, a profile widget, and a board widget.

Follow Button. The button has a new look; you’re able to edit the text in the button as well.

Pinterest Profile Widget. Show up to 30 of your latest pins in an embeddable widget. Customize the image width and the widget’s height and width to either fit in a sidebar or a blog post.

Pinterest Board Widget. Same as the profile widget except you can show off specific boards.

Many developers (ourselves included) have been patiently waiting an API. While it can potentially change the Pinterest ecosystem for the better, Pinterest is being cautious in releasing something without giving it lots of thought and consideration. Hopefully soon!

Pinterest has also unveiled a page that provides guidelines for use of their logo, the use of terms like “pin” and “repin”, promotion guidelines, and other marketing materials.

Logos. As many organizations do, Pinterest wants to protect its logo and trademark. They ask if you use their logo, try to abide by some guidelines. If you use the Pinterest logo, try and use proper color schemes, don’t alter the logo, etc.

Words and Phrases. The words pin, repin, pinner, and pinboard aren’t yours to use as your own. Pinterest wants you to use these terms only when talking about their site.

Apps, Websites, and Other Services. Don’t start a company or create an app with the name “Pin” or “Pinterest” in it. For example, if we were to build a specific application for running Pinterest sweepstakes, calling it “Pintastic” or “Pinterestcopter” would be a no-no.

Promotions and Marketing. Similar to the wording in Facebook promotion guidelines, Pinterest doesn’t want to be affiliated with your promotion and wants you to be aware that you’re entirely responsible for the promotion you run. Pinterest likes authenticity but hates spam.

Pinterest contests and sweepstakes have been appearing more and more as the social network continues to explode. ‘Pin It To Win It’ has become a very popular phrase the last 12 months. Pinterest integration has been a popular Rafflecopter feature request. It was a matter of time before Pinterest released material around promotions.

To Pinterest, contests and sweepstakes are a double-edged sword. Pinterest wants to become a social network that’s more attractive and valuable to businesses. Businesses want new and fun ways to interact with their followers. Pinterest wants to help businesses do this, but also want to maintain a level of authentic organic content.

As a business on Pinterest, you should also be aware to maintain a level of authentic content. Pinterest is asking you that if you’re running a promotion, steer clear of a scenario where you give away a gift card to the individual that pins the most images on your site, or where you ask entrants they’ll receive +1 entry into a giveaway for each pin on your site.

It’s unclear if these guidelines are hard strict rules or just some documentation suggesting best practices. Pinterest won’t begin banning every site that has a Pinterest logo that matches their blog theme. They won’t start an all-out suing battle for apps or domains that have included the word “pin”. And if you have a promotion that asks for entrants to repin or pin a specific image, you won’t get shut down and thrown out in the cold.

As they change, Rafflecopter will change as they do and will update as we see fit. We’ve reached out to the folks at Pinterest regarding promotion guidelines and will keep you updated in weeks to come.